Okay.  I know I said I was going to write next about searching as a reward, and I’m working on it.  But I just read a blog post that dovetails nicely to the previous discussion on rewards, although it’s not about dog training at all.  Instead the author, Mike Sturm, explores how we use laziness as a label for people who do not perform up to expectations.

(1) accusing other people of laziness is intellectually lazy and

(2) helping someone to overcome perceived “laziness” requires actually “transferring  [your own] perception[s] and felt value[s]” to the individual whom you are trying to motivate.

Sturm’s first point caught my eye because it reflects how many, if not most, people speak about their dogs.  How many times have you heard someone say, or said yourself, “he knows better”?  At a recent dog event a woman, tears in her eyes, bemoaned that her dog had just thrown away all the many months she had spent training him.  All that time she had given gone simply because of her dog’s bad attitude.  It’s the he-just-won’t- ____-despite-all-the-things-I-do-for-him syndrome.  Maybe they’re not saying their dog is lazy or bad, but the implication is there.  This is sad because, as discussed in Sturm’s blog, the real problem is that we have we focused only on “how” and not looked below the surface behavior and questioned,  “why should he?”

It is so easy to point the finger at another and so hard to look in the mirror–believe me, I know.  According to an individual interviewed on NPR recently, a person whose name I did not catch (but am still looking for), science shows us that when we make a mistake, we explain it away as related to some temporary circumstance; whereas, with others, including our dogs, we attribute error to some inherent failing.  This means that, when we call our dogs lazy or bad or dumb, we’re failing to go through the same basic mental process or analysis that we go through automatically when the error is our own.  We are being lazy!  Worse, our failure to analyze what really happened condemns us to never change the behavior in question, at least not reliably.

This takes us to the second point.  If you want another individual to approach a task with “urgency” and gusto, you must do more than prod, nag, or bribe, you must actually transfer your perception of the situation to the other person or dog.  You must get your dog to buy into the idea that agility or scent work or obedience is fun and worth doing.  As Sturm points out, even people designated as lazy will move heaven and earth to find a bathroom–because they value the goal.

Perception transference also helps explain why a seemingly well-trained dog will appear to throw away all their training.  It’s not on a whim.  What you were asking him to do just wasn’t that important to him, or was not important enough under the given circumstances. You see it again when a trainer’s frustration taints an activity for a dog, despite liberal use of food and praise.  The trainer’s perception was transferred all right, just not as intended.

The catch?  Training this way takes work, a great attitude, perseverance, more perseverance, and a willingness to take responsibility for failures.  It also requires trainers to respect their dogs as independent, thinking, feeling creatures, and not as extensions to our own egos. It also takes forgiving yourself and your dog for errors, bad-attitude moments, distractions, and, yes, occasional laziness.

This can be hard, but it’s also what makes training rewarding–assuming it’s all for the love of dogs. 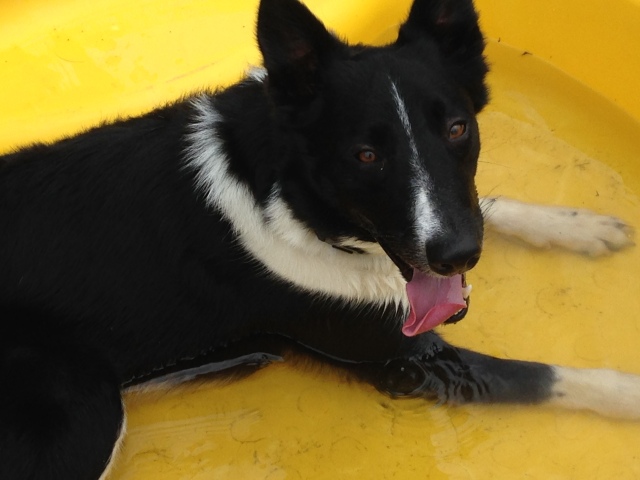